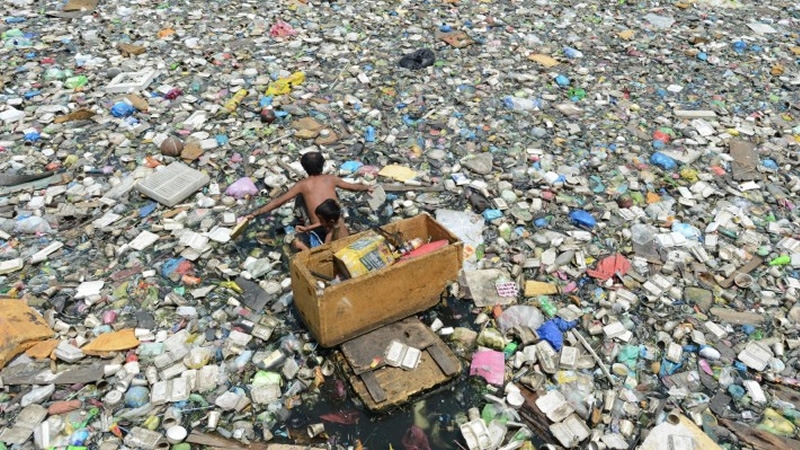 Industry has made more than 9.1 billion tons of plastic since 1950 and the worst part is the plastics don’t break down. They don’t break down like other man-made materials, so three-quarters of the stuff ends up as waste in landfills, littered on land and floating in oceans, lakes and rivers.

The plastics boom started in 1950s, and now plastics are everywhere. They are used in packaging like plastic bottles and consumer goods like cellphones and refrigerators. They are in pipes and other construction material. They are in cars and clothing, usually as polyester.

Sadly of all the man-made waste, only 9 percent has been recycled, 12 percent incinerated and 79 percent of what is essentially indestructible man-made material is either in landfill or polluting the environment.

And much of that waste is now in the sea: in 2010, according to a new study in the journal Science Advances, plastic debris has now been found in all the world’s oceans. In 2010, an estimated eight million tonnes was swept downriver or blown by the winds into the sea. By 2050 landfill sites could be holding 12 billion tonnes.

By replacing single use plastics with reusable products, we can reduce the amount of waste we produce and the pollution. Let’s mind our waste for a cleaner environment, for a better world.

You can share your ideas and opinions on littering using #mindyourwaste hashtag.